Footage that has appeared this week of a passenger being dragged from his seat on an United Airlines flight has dominated the news and the hashtag #NewUnitedAirlinesMottos replaced their actual  “Fly the friendly Skies” motto.

It even enabled it’s competitor to run this. 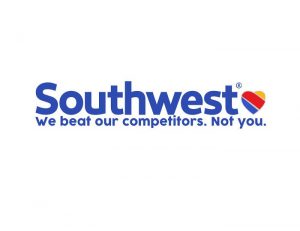 We wrote about United Airline’s customer service several years ago about the song that went viral after United Airlines broke a musician’s guitar.

The footage this week goes beyond that.

It’s a PR nightmare, even President Trump is talking about it.

What interests us is how that this could happen.

How could this be a part of United Airline’s customer service?

How could anyone drag a 69 year old man from his seat?

Why would you do that knowing that just about every passenger on the flight would have a smartphone?

Why wasn’t this sorted air side at the terminal; before the passenger was in his seat?

Who were they prioritising over a passenger who was already on the flight?

These questions focus on the people who had to deal with a situation where the flight was overbooked.

I’m not condoning their behaviour at all. Believe me I’m not.

What were they thinking?

But I’m imagining that in their world, and the pressure of keeping to a timetable, the people involved would be aware of the costs to a delayed flight, the planes that would be stacking up if their slot was missed, the knock on effect of one problem to the whole operation.

For some reason they were able to put their internal processes and pressures over the needs of a passenger who was in his seat.

Overbooking as a practice and it’s impact on customer service

The bigger questions are about the policy of overbooking flights and United’s response to this PR nightmare.

Most people who work commercially understand the pressures of utilisation, and ensuring that assets are used to their fullest.

Overbooking is a practice of selling more tickets than seats to keep the plane full despite the no-shows on flights.

The CEO of Delta Airlines has defended overbooking as ” a valid business practice” saying “It’s not a question, in my opinion, as to why you overbook. It’s how you manage an overbook situation.”

Data from the Civil Aviation Authority showed an average of 0.02% of passengers travelling to or from the UK were “denied boarding”  in 2015, equivalent to more than 50,000 people ( source The Independent ). This practice has the potential to upset 50,000 people a year or 137 a day, and that’s just UK related flights.

The practice is justified because the airlines can make more money which keeps fares down, and it’s better environmentally for planes to fly fuller. It’s meant to be a win win – passengers who can move their flights benefit from being compensated, passengers who need to travel, should be able to travel.

But if passengers are bumped ( involuntarily denied boarding ) it’s more of a lose lose.

Staff have to deal with understandably angry customers. And that can make them blind to their situation. They will have heard it all before and several times.

Customer Service training has to play a part

Unless people are trained and trained well and often, this situation becomes a nightmare for all involved. Passengers have their essential business trip, the start to their holiday or that dash to a family member ruined.

The passenger Mr Dao, was chosen by a random number selector, a lottery in effect. The exigencies of the operation and time, taken over prioiritising who flew and who didn’t.

What support and training do United Airlines give their people to help customers ( and passengers are customers ) when they find themselves having to explain and manage the “involuntary denied boarding”?

What support and training do United Airlines give their people to help persuade people to volunteer for the next flight?

How do managers remind customer facing people that they are there to provide a service; to wow customers when they are faced with a highly pressured, relentless operating environment, where safety is paramount, but where customers expectations are high?

Good customer service training addresses real issues that happen in the real world, and builds the skills and confidence to enable people to prevent situations from escalating.

Look at the share price this week, the legal challenge and the negative bad press.

Our tips and help for dealing with angry customers.

Stand in your customer’s shoes and view the world from their perspective. Gain the knowledge and understanding that will enhance the customer relationship.

Be extraordinary not ordinary; help teams to explore their current service levels, and what they need to do to provide the best levels of service for your customers.