Achieving your goals? Do you set yourself any 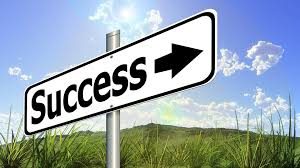 What about New Year’s resolutions?

You Gov polls and a Comres poll for BUPA shows only 32% of people make new year resolutions, and they tend to be about losing weight, getting fitter and eating healthier.**

What’s interesting with this statistic is that 68% of people don’t bother making resolutions. Now this might be for a variety of reasons – perhaps they are healthy enough, perhaps they set goals regularly so there isn’t a need for one at New Year, perhaps they don’t trust themselves to keep it going, perhaps their experience has taught them there’s little point.

Of those who took part in the survey, 63% admitted to have broken their New Year’s Resolution, and of those 63%, 66% admitted to giving up within just one month. JUST ONE MONTH!

They had good intentions; but the day to day takes over, and the intentions get de-prioritised in our to–do lists. And what a to–do list we have got….. sound familiar?

But is that a reason not to try?

It’s the people who do try, those people who work each and every day on the things which are important to them, who achieve amazing things.

Think of the people around you who are on top of things – do they try? do they actively set goals and then work towards them? Or are they passive about all that comes their way, resigned to an outcome which they can’t control?

All the successful people we’ve worked with don’t get there by chance – they do it by focusing on what matters and that starts with a goal.

Being Successful in achieving your goals

You have to be clear what success will look like for you.

We’re fascinated by this, because it’s what makes our training more productive. It’s the difference between delivering training and getting a return on your investment in training and development.

Why is goal setting important?

If you don’t know your goal; how can you get there?

You’re at the mercy of everything life can through at you. And every head wind coming in your direction.

The magic of writing goals

Not on a screen.

With a pen and paper.

Rory McIlroy ( for those of you who aren’t into sport; he plays golf ) has spoken about setting his goals by writing them on the back of a boarding pass. He’s created a habit which locks him into his goals.

“Every year since the start of my career, when I’m flying out to do a week of prep before this tournament, I’ve written my goals down on the back of my boarding pass, and I put it in my wallet and I memorise them. But I don’t get it out of my wallet until the end of the year and then see how well I’ve done,” McIlroy said.

And the science supports Rory’s habit.

A British Survey of 2,000 people in 2014 ( commissioned by Docmail ) – shows that one in three people taking part had not written anything by hand in the previous 6 months. ( How do they do a shopping list? )

Think about this – How many times do we sign our signature now? When I sign it now, I have a little moment because I realise just how important the document is.

Writing your goal down, will make it special! Sign it – make that commitment to yourself.

By writing you’ll only focus on your thoughts, and with your head down, the page in front of you.

Write on a screen and your brain has more to process; your desk, your email pop ups ( TURN THEM OFF ), the people around you – hundreds of tiny distractions with the potential to hijack you before you get started.

While typing might be faster, note taking by hand helps people process information, make sense of it, internalise it and therefore recall it. It’s almost as though the pen has a direct connection to the brain.

A study by Pam A Mueller and Daniel M Oppenheimer called “The Pen is Mightier Than The Keyboard” found that students who type notes in a lecture, are able to transcribe the lectures verbatim. They take more notes. They copytype; a passive activity; it’s mindless – your mind can float anywhere as you are typing what someone says to you. Students who take notes by hand have to process the information, make sense of it and translate it in their own words. That makes it stick. That helps learning and understanding. It helps retention. That’s why we’ll always encourage you to take notes during a course by hand.

Writing stimulates cells in the brain called the Reticular Activating System (RAS). Think of your RAS as a filter for every piece of information you process. Think about that; every smell, every image, every noise, every sensation. Your RAS is processing all of these, filtering out those that aren’t so important to prioritise the ones that are.

Your RAS is deciding what you pay attention to, what you ignore and what you file away.

But how does it know which is important?

By writing our goals down, we stimulate the RAS; the physical act of writing brings that to the forefront of your brain. In “Write it Down, Make it Happen”, Henriette Anne Klauser says “Writing triggers the RAS which in turn sends a signal to the cerebral cortex “Wake up! Pay Attention! Don’t miss the detail” Once you write down a goal, your brain will be working overtime to see you get it, and will all alert you to the signs and signals that were there all along”

Writing down your goal is not enough

A goal is your outcome, your intention.

An intention is not enough.

And we all have the potential to get stuck there.

Wanting your goal is not enough. There’s a lot of psychobabble out there that says ask for it and it will arrive. If only it were that simple. Achieving your goals comes from working at them, from focusing on them.

You may have seen the news headlines about Stuart Wilson, the archeologist who invested his life savings in Trellech because he believed there was a medieval city underneath. He was prepared to put his money where his mouth was, but he’s been digging that site for 15 years. His action has paid off.

It’s that simple ‘It Works if You Work on it’ – you can be successful and achieve your goals but you have to focus not to get waylaid.

What gets in the way of action?

In one of my first jobs, I took on every task that was thrown at me, but was astounded at appraisal time when I didn’t “score highly” because I hadn’t achieved my key objectives. I was angry, the very person who had asked me to do all of the extra things because they would be developmental, was now saying that I hadn’t performed in my role. But the truth was in my keenness to demonstrate my worth to my boss, I had lost sight of MY focus; my real role. I would still argue that it was wrong of her to wait until appraisal time to tell me this ( conversations about performance and progress shouldn’t happen once a year ); but it’s a valuable lesson. If we don’t manage ourselves and our time, we can get dragged to several places which will take us away from achieving our goals or our purpose.

After a training course, we all want to put our learning into practice, we all intend to do better, to work towards the success that is meaningful and important to us.

But, and it’s a big but, some wonky thinking can really get in the way.

Carol Dweck a Stanford psychologist studied how our self perceptions influence our actions.

She asserts that there are principally two mindsets; these are our take on her thoughts

• Fixed Mindset; we are what we are; it is what it is “I can’t concentrate for long periods of time” “I’ve never been any good at maths” “I can’t say no he’s a key client” “there aren’t enough hours in the day”

A Growth mindset is often accompanied by being proactive; because those with this mindset believe that they can change and affect things. This type of high quality thinking when accompanied by focus on the things that matter can bring about amazing results.

A Fixed Mindset is often accompanied by passivity. The wonky thinking is what’s the point in trying to improve things, it is what it is ( Oh and by the way if I don’t try I won’t fail; I won’t be disappointed – more wonky thinking ). This type of low quality thinking can lead to us feeling a victim, because we set in place a vicious circle of being passive, overwhelmed by life, by our deference to other people, that we give up…. There’s no point in trying.

In our experience there’s a third mindset; Joshua Foer a science writer dubbed it the “OK Plateau”.

This is our autopilot; it’s the point where we get to OK, and stop looking for improvement. We reach this with anything; when we learn something new; we’re enthusiastic, we work to put those skills into practice, and then we reach a point where we get in our comfort zone. When it’s OK, when we’ll settle for where we are at. BIG NOTE HERE – we’re not talking about doing more at the expense of ourselves.

You work hard, but your performance has plateaued. For some reason stepping out of the comfort zone and doing things differently seems too much effort, and you worry trying something different may jeopardise existing results. And then the market changes, a competitor decides to be aggressive in their pricing, the world changes, and the OK plateau is a dangerous place to be.

Before you do that; have a think about where you are now:-

How wonky is your thinking?

Are you fixed in your thinking?

Are you on the OK plateau?

How open to learning and growth are you?

More and more we know the answer to what we should be doing.

Ask Mr Google, and we can find the answer to anything.

But knowing what we should do and actually doing it are two different things.

We’re finding that more and more people know what they should be doing; they’ve been on training before; they’ve read the book, listened to the podcast, attended a webinar.
They have the knowledge.

That’s why our focus in 2017 will be on helping people put their knowledge in to practice, to make progress and build confidence.

If you would like to find out more about turning your goals into realities, or help achieving your goals, then please get in touch, we can help you in a number of ways. Let’s talk.

Supporting and developing experienced members of the team, working with them in depth with real issues they face in their role. Suuport and challenge to hit numbers or get their sales "mojo" back.

Sound advice for those who find themselves in tough markets or with aggressive competitors. Focus your mindset & activity to help you achieve your sales targets.