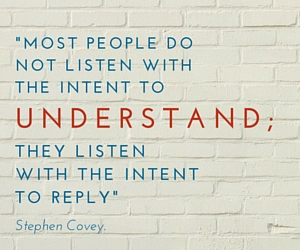 What a lot of people imagined would be a rather dry and timid debate, has turned into a passionate, aggressive, bad-tempered, often ill-informed scrap, that has used information like a weapon rather than for the purpose of informing and enlightening people.

As Lord King, former Governor of the Bank of England said, “it has often been negative and dispiriting”.

The Truth Is Out There ….. but it seemed to be hard to find in the campaigns of the Remain or Leave camps.

Now, it falls to all of us to work together following the Leave outcome, to heal some of the divide and to act positively for our future.

A generation feels let down, our European colleagues feel unsettled and unwelcome.

Most of us feel or have felt let down by the people who are meant to represent us, and that, sadly, seems to have been happening for a very long time.

The ranting on social media has been shocking both pre and post debate. There is a time when we need to step away from the mouse or the tablet, and pause before we type.

Not to stop people expressing their opinion or their right to free speech.

But does it serve the outcome we want or need from it?

The type of ranting that we’ve witnessed just entrenches people’s opinions, and widens the divide.

Both parties believe vehemently they are right.

And being right isn’t persuasive.

The debate pre and post referendum has been indignant, disparaging and belittling…. on both sides.

As our politicians turn inward on their own battles for leadership, it falls to us to start working out our own way forward in the changes ahead.

If we believe our position so fundamentally, we stop listening, we are right – the other side is wrong.

It confirms our view of the world, and while that might be reassuring in the short term, deepens the rift in the long term.

And so the debate ends, the chance for discussion, the exploration of thoughts and ideas stop.

Condemning people for their opinion, however different to our own, is not a persuasion technique. However exasperated we might be by their opinion.

Talking at people solves nothing, broadcasting our venom on social media helps no-one and damages relationships, talking down to people helps foster the rebellious child.

So to borrow a phrase from Stephen Covey and his 7 habits of highly effective people – we need to start Listening to Understand.

Listening is the key to being persuasive.

It enables you to establish the real level of understanding and how to respond to it.

The problem is if you write the script beforehand and then throw the pen away, how can you make any changes after you listen to what is being said to you?
The reality is you can’t.

You can only pretend to, especially if your script was prepared long ago. You become dependent on it and fool yourself into thinking other people view the world in the same way you do.

Listening can sometimes be uncomfortable and even painful. We might hear something we don’t want to.

It is a key skill we must have if we are to grow and take other people with us.

Let’s start with some real listening.

They listen for the pause so that they can bat the ball across the net back at the other person. They remember their script, and say the words, the same words they’ve said before to another person on another day. ( It’s a trap sales people can fall into when trying to overcome an objection from a prospect or a customer). It becomes a spiel, a script. The other party doesn’t buy it.

Listening to understand makes the difference.

We do have a choice in how we respond to Brexit and any other changes we face in our lives – of where we put our energies.

Let’s start with doing some real listening….. not just to hear other people’s opinion, but to really understand – perhaps they have a point, that both sides might need to consider.

Discover the art of listening, absorbing information and getting things right the first time. This has enormous advantages for you and your customers.

Sound advice for those who find themselves in tough markets or with aggressive competitors. Focus your mindset & activity to help you achieve your sales targets.