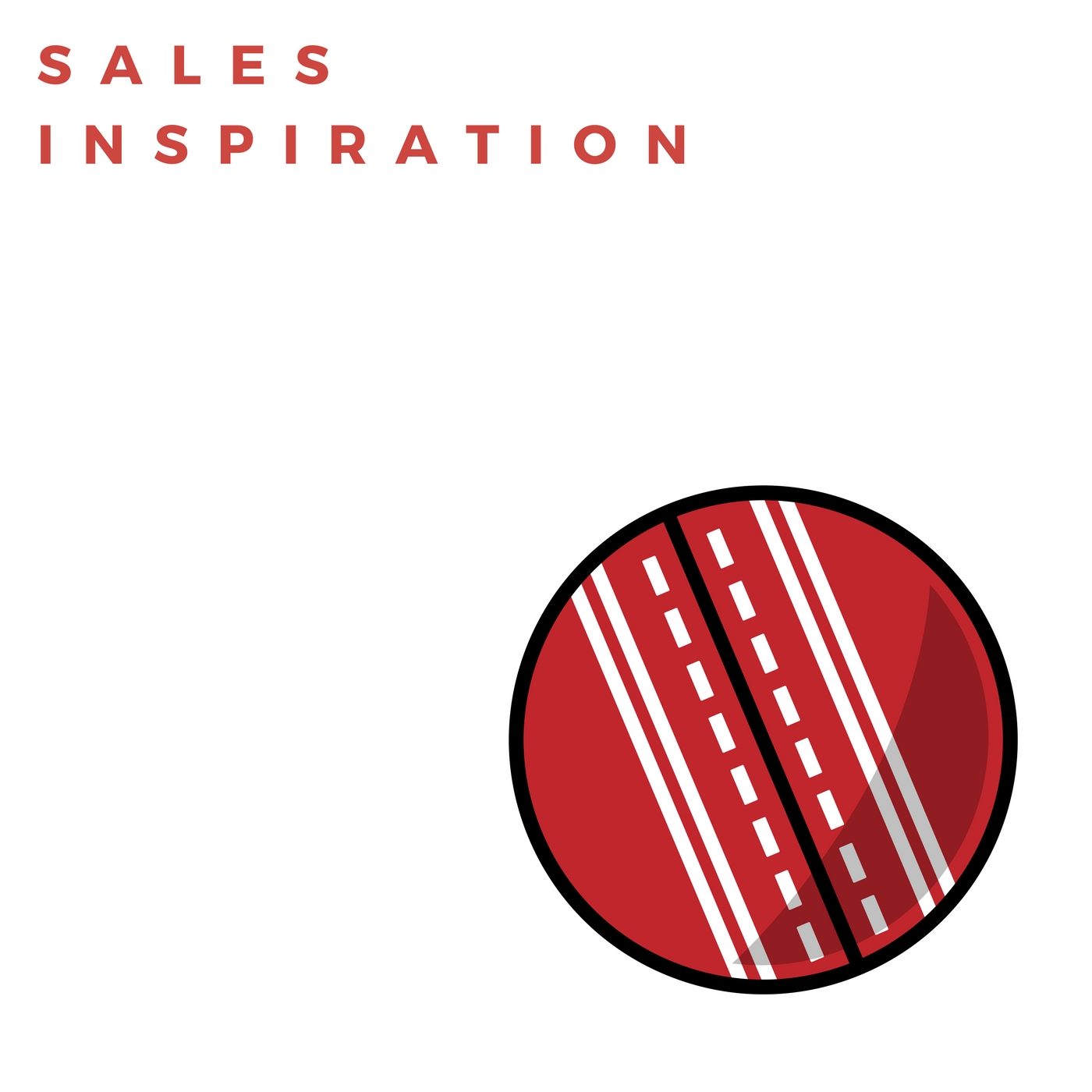 I caught an interview with Ben Stokes last night. Nassar Hussein who was reviewing the interview afterwards, was impressed by one thing – his honesty.

After a great performance, some years ago, he wasn’t chosen for the World Cup side. The Australians were amazed. Ben Stoke’s response?

The key thing the commentators were impressed with was that he was honest with himself.

It made me think about our attitude to our performance.

The Ashes winning team of 2005 cited a poem which had real significance for them. Geoff Boycott echoes the poem when he says “You can kid the people around you, you can kid your captain, but don’t kid the man in the mirror”

Over the years we’ve worked with hundreds of sales people. Some bluff ( blag ), some brag, some blame everyone else ( the company, the products, the market place, the customers ) some fret about their performance so much that it paralyses them, some go through the motions, and many of us do all of those at different times of our career.

Few people have the kind of honesty that Ben Stokes showed in that interview.

But guess what, those that do, you would want in your sales team. They are objective, they understand their accountability, and they want to do the best they can.

So you have a moment today to reflect, how honest are you with yourself and your own performance?

And as a sales leader, how equipped are you to have a conversation about performance with those members of your team who blag, brag or blame? The fretters and the coasters?  ( If you would like to talk that through we can help )

When you get what you want in your struggle for pelf ( wealth),
And the world makes you King for a day,
Then go to the mirror and look at yourself,
And see what that guy has to say.

For it isn’t your Father or Mother or Wife,
Who judgement upon you must pass.
The feller whose verdict counts most in your life
is the guy staring back from the glass.

He’s the feller to please, never mind all the rest,
For he’s with you clear up to the end,
And you’ve passed your most dangerous, difficult test
If the guy in the glass is your friend.

You may be like Jack Horner and “chisel” a plum,
And you think you’re a wonderful guy,
But the man in the glass says you’re only a bum,
If you can’t look him straight in the eye.

You can fool the whole world down the pathway of years,
And gets pats on the back as you pass,
But your final reward will be heartache and tears.

England were in the middle of test match season in the UK, and at the time of writing were doing themselves proud.

Trott was one of the most focused and determined batsman I’ve had the pleasure of watching for a long time. His innings with Stuart Broad ( 332 runs ) against Pakistan still brings a lump to my throat. You see Broad’s step-mother had just died, in tragic circumstances, and yet he produced this amazing match winning innings. ( it later turns out that this was to be overshadowed by a spot fixing scandal – where bowlers bowled deliberate no balls to help with spot betting )

He said afterwards that Trott had pulled him through. What was Trott’s secret?

Simple he thinks in fives.

He doesn’t worry about the century when he gets to the crease, he concentrates on getting his first five runs,….and then the next five….. and the next five.

Shane Warne, one of the most dangerous competitors English cricketers ever faced, had a similar approach to bowling. He commented that he never thought of the big achievements. He just concentrated on what he could do with this ball to this batsman in this over. He took over 1000 international wickets.

Sometimes the sales target or the business plan can seem so overwhelming that we switch off; by breaking it down into small chunks it becomes manageable.

Asking yourself “What do I need to do today with this customer / prospect / my marketing to move me closer to my goal?” might be a better way to focus on your sales targets.

And if like me, you’re a cricket fan – let me know if you think there are other ways in which this fantastic sport can inspire your sales activity.

Closer to home, Nick Barclay a fantastic and successful chef and host who splits his time between the US and Cornwall, frequently tweets “make the most of today you’ll never get it back” just about the time when I needed reminding.

One of my favourite sayings at the moment is Rome wasn’t built in a day, but it was built everyday.

So sales people, business builders….What are you going to do with today?

Wherever you draw sales inspiration from, make it count.

Supporting and developing experienced members of the team, working with them in depth with real issues they face in their role. Suuport and challenge to hit numbers or get their sales "mojo" back.